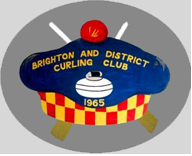 In 1961 the club was formed, teams were created and curling started on ice donated or rented from existing clubs in neighbouring communities. Some of the original members are still active curlers today. The club was constructed on land leased from the town, and with the sale of $100 membership shares, a small loan, and donations from businesses and individuals. Curling operations in our building began in the 1965/66 curling season. The first major event of the new club was a western-themed open men’s bonspiel called the Steerspiel. It featured meat prizes and at the inaugural event, a live steer was penned in a temporary corral in the parking lot. The companion open ladies event (the Heiferspiel) was initiated the following year. Both events continue on.

In 1980, a team from the club won the Ontario championship and proceeded to the National Mixed final in St. John’s Newfoundland. Club teams have also represented us in the Ontario Men’s Playdowns and the Royal Canadian Legion Ontario Finals.

The club’s emphasis has always focused on the social aspects of fellowship, fitness and fun - all elements of a healthy lifestyle. During the early years the majority of the club’s membership was in the 30-50 year age bracket and curling was predominately an evening activity. Although the demographics of the municipality and the club have changed, we still have a healthy array of  evening leagues - including an enthusiastic Friday night social league. For younger people we offer Junior and a very successful High School programme. In keeping with the changing demogaphic, many retirees who prefer to curl during the daytime have many choices in our various daytime leagues.

We are one of the friendliest clubs in the area. Brighton is a community of approximately 10,000 people located midway between Toronto and Kingston, on the north shore of Lake Ontario. The rolling Northumberland Hills provide a wonderful backdrop. Settled in the late 18th and early 19th century by United Empire Loyalists, its primary industry is agriculture and is well known for its many apple orchards. It has become a popular tourist destination, and retirees seeking a less frenetic pace have chosen Brighton as their new home.

If you are visiting Brighton, please drop in during curling hours; visitors are always welcome! If you plan to move to the area, or are already a resident and considering curling, check us out. We have competitive rates, good curling, as well as providing a great opportunity to meet your neighbours. You’ll find a suitable daytime or night-time league no matter what your skills – from beginner to expert! We have men’s, ladies and mixed leagues – and a junior section. In addition, we offer training and workshops for adults and juniors. Each year our Club sponsors major Bonspiels. Go to the Club Events tab/menu item to view our Calendar or Register for an Event. While we can’t guarantee Bonspiel success, we can guarantee fun and competitive curling, fellowship, delicious food, and a good time.